This will be my third year of starting my own plants from seed and my fifth year of gardening on my own (in other words, not at my parent's farm). While I did three trays of 50 last year, I only did two this year. It only took me about an hour and I planted 2-3 seeds per peat pot (because like my Dad, I always feel like more is better). This year, I started tomatoes, peppers, eggplant, and some herbs, while last year I started flowers too.

Last year, my garden was not a huge success. I don't have a lot of sunlight in my backyard (three mature maple trees), I battled squirrels stealing all of my tomatoes, and my leaf crops did poorly. My cucumbers, herbs, and peppers did great!

This year, I added lots of bags of topsoil and peat and made garden beds that are very slightly raised. This has made the soil much easier to work with, and as a result my garden looks twice as healthy as last year! 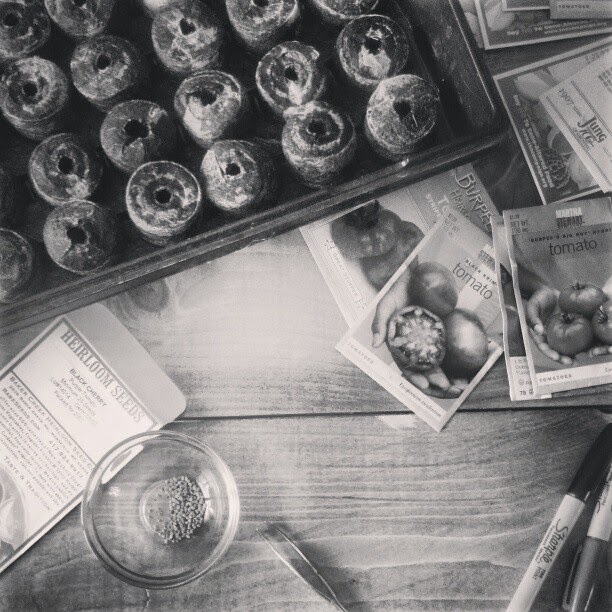 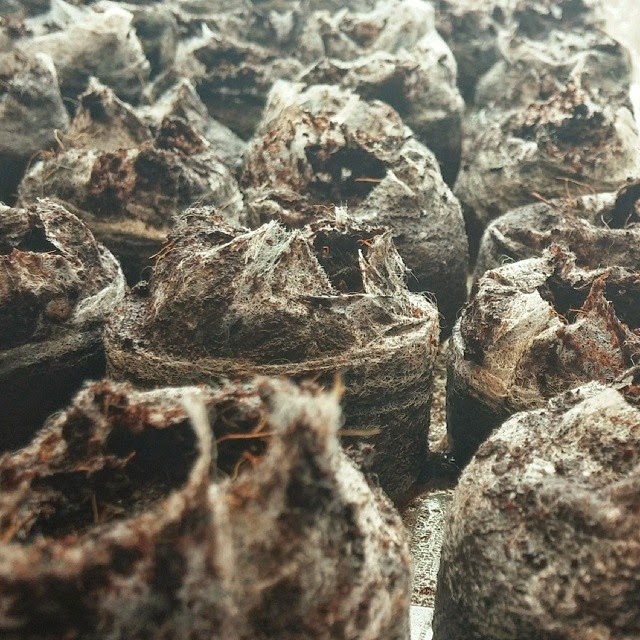 My spring garden this year also included forcing some bulbs indoors during the months of March & April. This looked easy on Pinterest, but in reality was not easy. Keeping the bulbs with enough water so they didn't die but not so much that they rotted was somewhat difficult. If I do this again, I might go the cheater's route, and buy already blooming tulips and rinse the dirt off of them....we'll see! Next year I will experiment again. 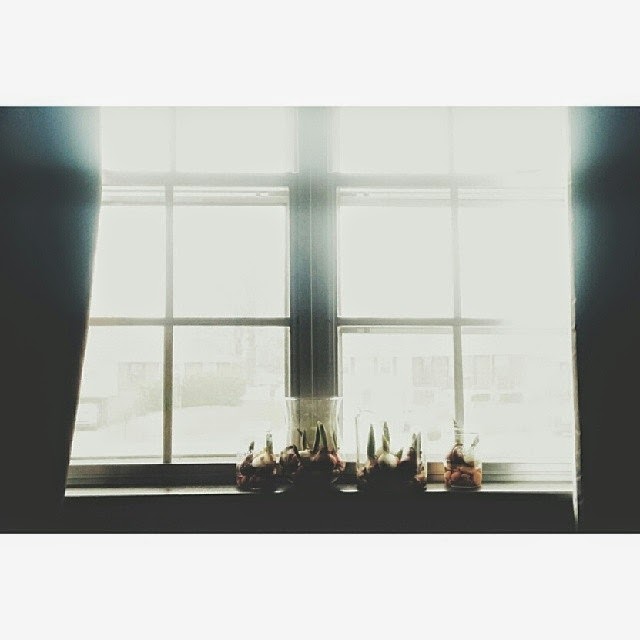 I've also spent some time discovering some plants I didn't notice at our house last year. Since this is only our second year in this house, some things that didn't come up last spring are making an appearance. These never bloomed...I'm wondering if they're tiger lilies or some other kind of summer lily?  Please excuse the leaves...I didn't quite get around to cleaning up our huge back yard last fall. 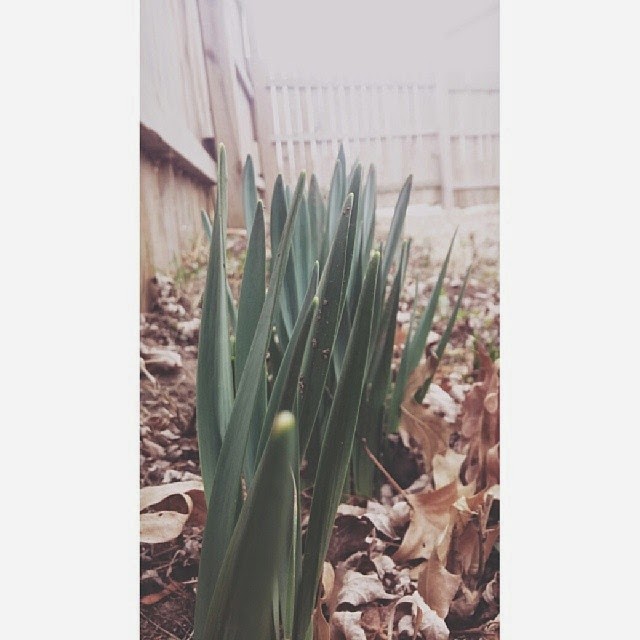 I planted my first square a little earlier than last year, on April  15. It was 40 degrees and chilly that day! In this square, I planted lettuce, spinach, chard, kale, beets, radishes, pok choi, and brussels sprouts. 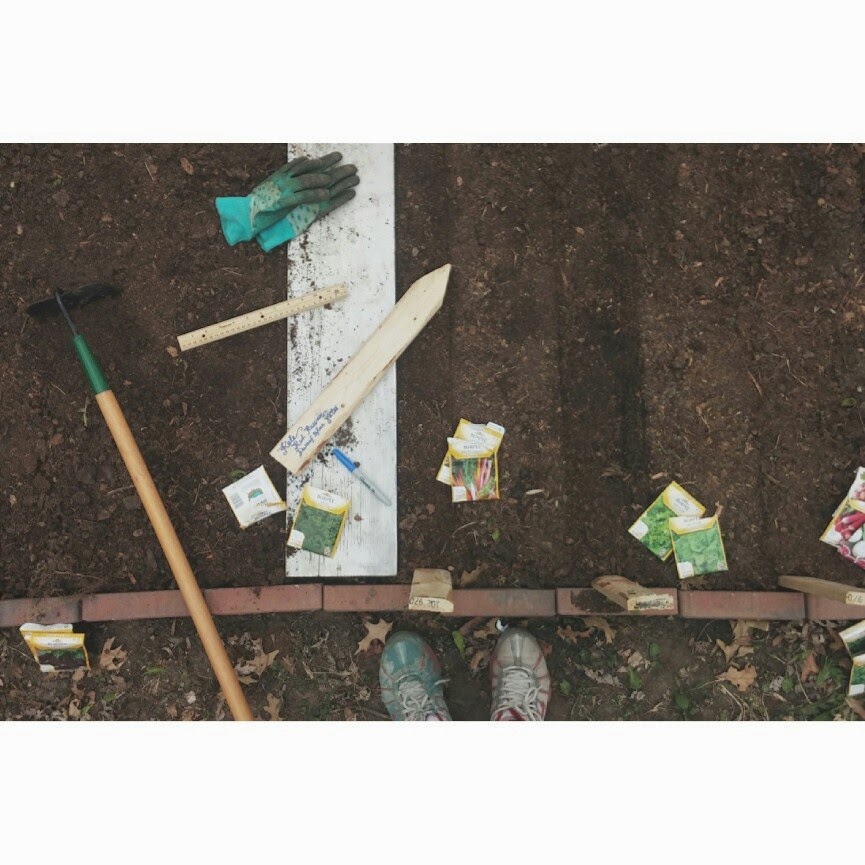 In just over a week they were coming up strong! (These are radishes.) 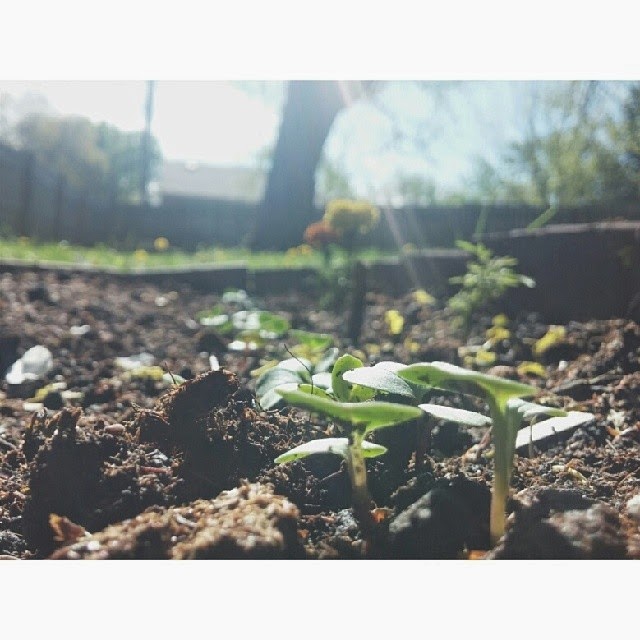 The columbine I transplanted from my parent's backyard in Iowa came back beautifully and much larger than last year. Columbine is an easy to grow shade lover if you have lots of backyard shade like me! I started this plant from seed in 2007 and it was fun to get to transplant it to my KC garden. I love it when plants have a history. 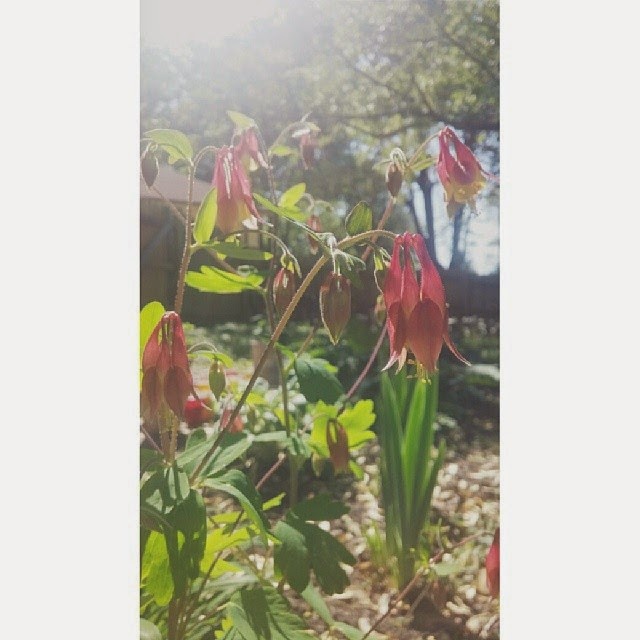 I also transplanted some rhubarb from my parent's backyard. It came back twice as large this year and very healthy! I made one crisp from it...but my Mom warned me that you aren't supposed to cut it the first year after a transplant. Dang! I had visions of rhubarb-infused cocktails and pies. 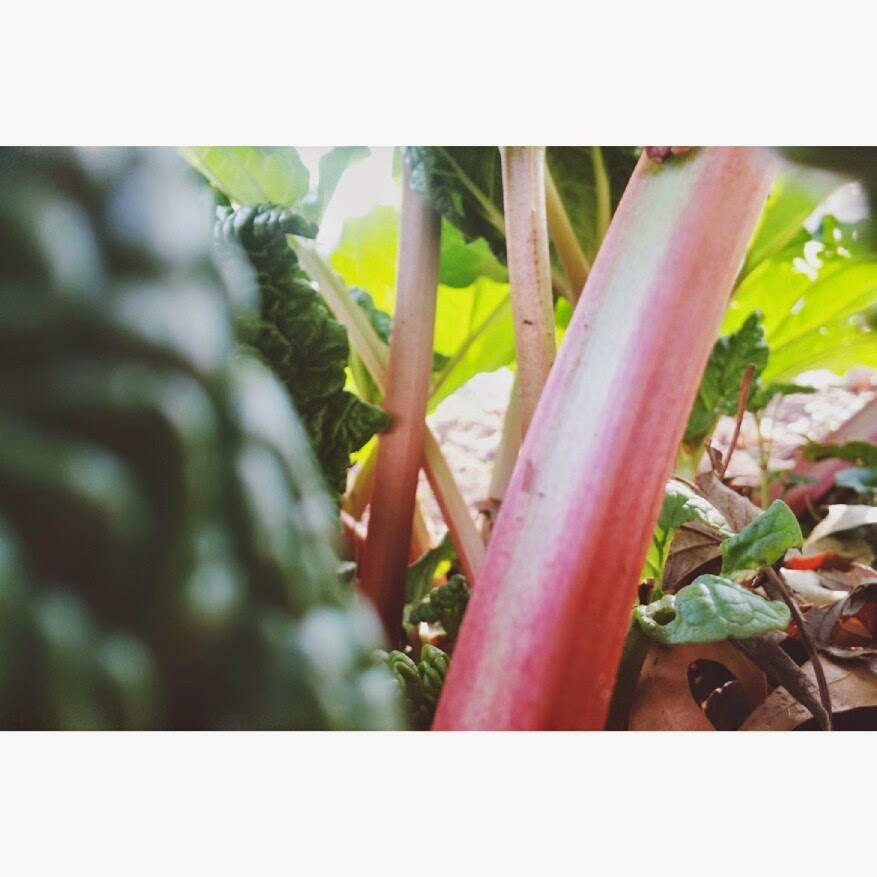 After my tomatoes and peppers get large enough, I split them and transplant them into dixie cups with holes drilled in the bottom. It's a little ghetto, but it's inexpensive and it works! I've been reusing these cups since 2007, too. I really only have space for a few plants at my house, but somehow I ended up with 50+ tomato plants! Good thing I have friends and family willing to take them off my hands. 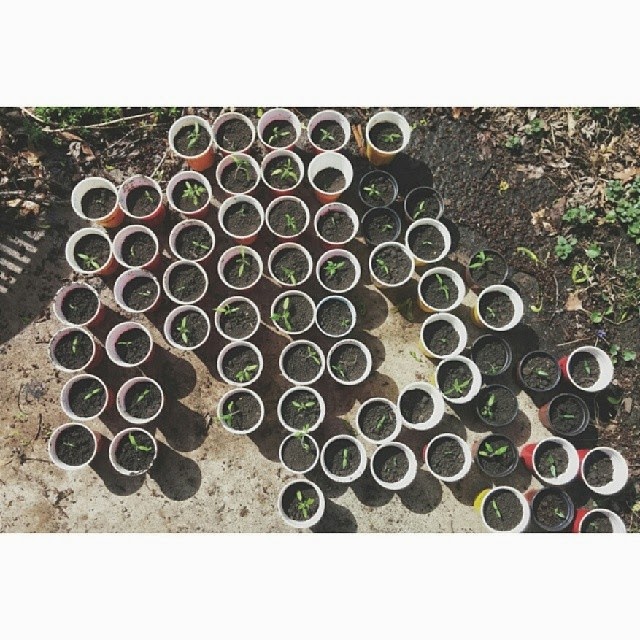 In all, I planted 2 4x8 and 2 8x8 squares this year with tons of veggies! I am hoping things turn out better than last year.